Stock up on TV Dinners to Keep in Your Freezer

Budget TV dinners are a way for families to save money on food while minimizing food preparation times. Those who can’t cook can save time with microwave dinners.

With the recession, many families have multiple jobs or are otherwise too busy to cook a home-cooked meal. At the same time, the budget is no longer there for restaurants or takeout meals. This means families on a budget often resort to TV dinners that can be cooked in less than ten minutes.

Although there are healthy brands for microwave dinners such as Lean Cuisine and Healthy Choice, they still have too much sodium and usually cost more than other brands. However, those brands have lots of coupon offers, which periodically make them competitive budget-wise with regular TV dinners.

The following microwavable dinners are the best for the budget-minded consumers who do not have coupons or grocery store discount sales.

At many stores, these meals sell for $1 per box every day., which is good for the budget-minded. However, the portion sizes vary considerably and are sometimes too small. For example, Banquet’s Turkey Dinner is only 200 calories if everything is eaten. Sometime during the recession, Con Agra reduced the slices of turkey from three to two. At three meals a day, that is not enough calories, even for dieters.

Those who have eaten other Banquet meals in the past may notice other major differences due to cost-cutting. Banquet’s Spaghetti and Meatballs used to have eight meatballs and generous amounts of sauce. The meal has shrunk to just four meatballs with sparse portions of sauce.

Some Banquet microwave dinners, at the same low price of $1, have more calories. The meatloaf and Salisbury steak meals have 300 calories each. At three meals a day, that is almost enough calories for some dieters. The highest calorie Banquet meal at $1 is Banquet’s Chicken Fingers meal, at 460 calories.

So the catch is that it takes more than $3 per day to consume enough calories to avoid losing weight. However, it takes only four boxes of the caloric dense Banquet Chicken Fingers meal to get nearly 2,000 calories per day. This means a single person who is not dieting can live on $4 per day or $28 per week.

Of course, those prices are not sustainable during a deep recession. The prices have fallen to $2.50 to $3 per box when they’re not on sale. When they are on sale, each box of Marie Callender’s could be bought for as low as $1.50.

Some of the tastiest flavors include the Slow Roasted Beef at 370 calories. The highest calorie meal is the Sweet and Sour Chicken at 600 calories per meal.

Taste: Good for a TV dinner
Serving Size: Moderate
Comments: Many products taste good.
Recommended: Yes, for those who want a TV dinner that tastes good.

When it’s important to be full in one meal, the best budget choice is the Hungry Man Dinner. They are known for packing one pound per box. The normal price of Hungry Man TV dinners is around $3.50.

The Hungry Man brand is known for its overly generous portion sizes. In fact, it’s possible to gain weight on these TV dinners with just four meals per day. For example, Hungry Man Beer Battered Chicken has a hefty 820 calories with 39 grams of fat and 79 grams of carbohydrates. Although the meal is not healthy, it’s good enough to satisfy all but the largest appetites.

Taste: Mediocre
Serving Size: Huge
Comments: Lots of calories and fat
Recommended: Yes, for those who want a big meal for a low price.

Eating dinner from a frozen microwavable meal is not ideal. Cooking is cheaper and healthier. Nevertheless, busy people who cannot cook for whatever reason can economically use microwave dinners to feed themselves in less than ten minutes. 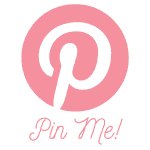 Want to plan meals for your family but have no idea where to start? Check out This Week’s Meal Plan + Printable Shopping List!

Any cookies that may not be particularly necessary for the website to function and is used specifically to collect user personal data via analytics, ads, other embedded contents are termed as non-necessary cookies. It is mandatory to procure user consent prior to running these cookies on your website.